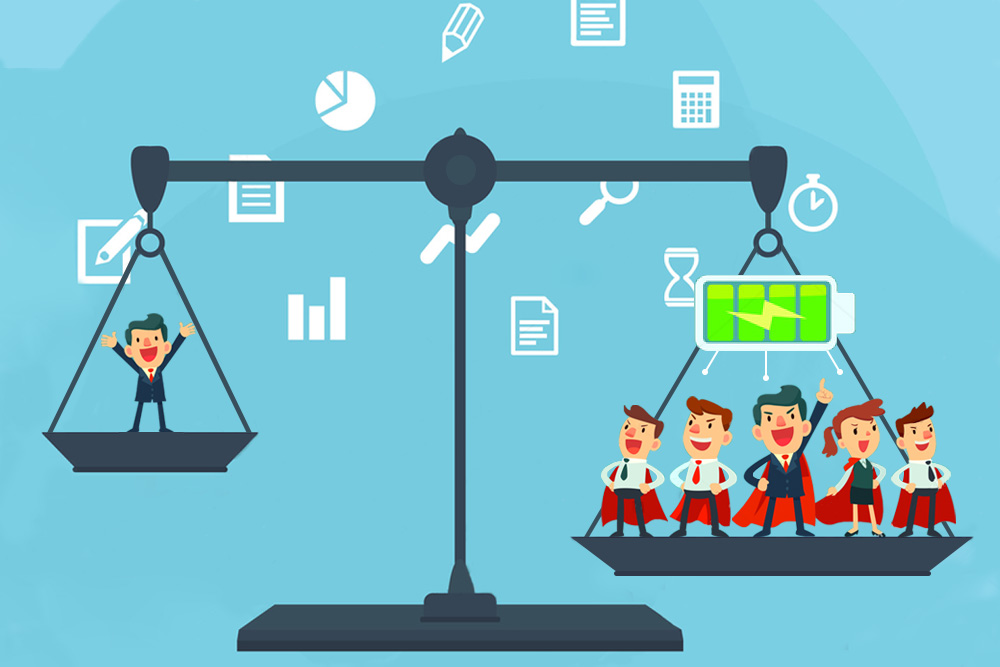 Why Your Obsession With Individual Productivity Is In Fact Counterproductive

“Before burning out, I was a productive person.” Everyone who has toiled in their own office space in the Philippines have uttered or heard these tragic words before, and we all know the meaning behind these ominous words.

What we are seeing here is part of our obsession with personal productivity. It’s quite nice in its simplicity: focus only on your personal work, log time in the office, and expect good results to happen. But that is not always the case.

In most, if not, all types of businesses, it is team effort not an individual’s sole contribution that dishes out the important output. The copy written by the writer is not the full campaign. The creative director isn’t the one who does the layout and drafts the social media content. As corporate processes become more and more complicated, it becomes increasingly challenging to come up with anything meaningful is we only work by ourselves.

That’s the reason businesses are founded on organizations. The term, “no man is an island” makes perfect sense.

If we are going to look at Japan as an example, you’ll see that employees are expected to spend lunch and dinner time with co-workers. This is not viewed as mere procrastination. Rather, it’s seen as a responsibility and part of building a team. That is in sharp contrast to how workers in the West eat their sandwiches in front of their desktops alone.

Technically, it’s not that difficult to show the value of this team-oriented point of view. Let’s say for example, you have created a process that makes you more efficient which also saves you five hours each week; that’ll save you 260 hours in a year.

Now if you spend ten hours teaching ten of your staff this process, you’d only have 250 hours saved—  but the staff you trained will give you 2,600 hours of saved time. If you did not share the process you made, imagine how much wasted time the company will incur.

The more you function as a team, the more productive your company will be

Though what we mentioned above is just an example, we can check critical data from some companies in their office spaces in Cebu and see the same or similar results. After research, the data showed that there were a small number of experts whom people consult with during their tasks. After speaking with this small group, workers were able to accomplish their tasks by almost 70% faster. They were getting tips on how to efficiently do their jobs.

In a month, the efforts made by this small group of people to teach co-workers saved almost 300 hours in the office. That’s very important for a business. However, productivity of people under this group is lower than those they gave their insights to. They were compensated just as much as the others because pay is based on individual accomplishments and output.

The above example reveals how basing performance by individual output can conceal group results. For complicated engineering and construction projects, a person’s output is based on the output of hundreds, or thousands, of other members of the organization. If there any form of miscommunication occurs in the middle, it takes over 30% longer to be able to carry out the tasks. Or let’s say in an ad agency, instead of spending an extra 8 hours developing an ad copy by themselves, copy writers could invest a few hours in communicating with other members of the creatives team their concept so they can work side by side in developing the campaign.

These results speak for themselves: group productivity is more crucial than individual output. It may be difficult to analyse the sweet spot where we can measure how individual and group efforts merge, but teamwork does pay off.

Soon, any member of the staff hanging out in the pantry for 4 hours on having conversations with their co-employees, or just having a few beers with someone from another department, may be considered as part of our new definition of productivity.