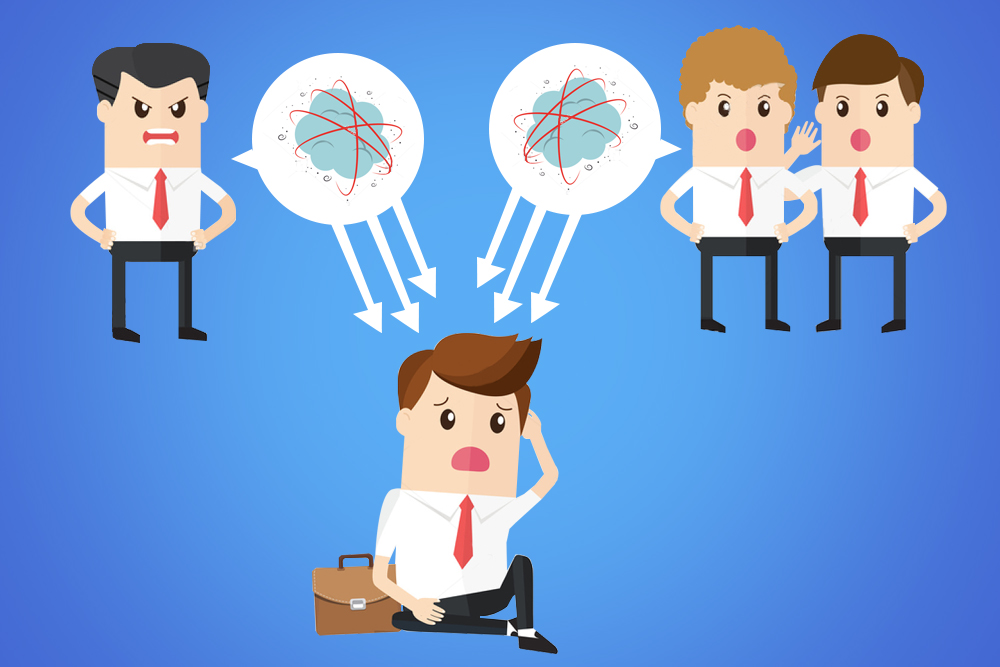 Our office space Philippines today are becoming more and more collective – bringing out a culture of collaboration and teamwork. It’s not only important that you have very skilled and smart employees, it’s also important you have employees who work strongly together as a team.

Strong teams focus on achieving their goals and getting the results they want, which is very advantageous for you and your company. A few qualities of effective teams include an understanding of common goals, a strong sense of support for each other, ethics, and good communication. There are, however, some words that are red flags once slipped out. We’re not talking about slips of the tongue or off-color jokes. How many of these team spirit killers have you heard lately?

A strong team has members who do not blame other team members. They provide an explanation. But, they will also own up to their mistakes, whether or not they had just a small part of the error. This is because they understand that in a team, they all are responsible for the work they produce. And if a team member is largely accountable or at fault, they aren’t afraid to provide constructive criticism, or find someone else to get the job done correctly.

Saying you hate your job brings down the energy of the whole team. A strong team knows this and avoids the unnecessary negativity. A strong team would do their job, even if they do not quite enjoy it, because they respect it and they respect their teammates.

When a team member asks for help from another team member, they do not respond with this. Even if it is a request that does seem inappropriate, it must have been important enough to make the person ask for the request, yes? And as a team member, helping each other out is crucial for career development. They clearly understand this. And so, even if they truly cannot give the help being asked of them, they will find other thoughtful ways of declining.

A strong team will be proactive. And so instead of saying “It’s not fair” when the team is being unrecognized or deprived of an opportunity, they find ways to build a case for themselves. They get that opportunity back by proactively seeking out explanations or presenting evidence as to why the team deserve better circumstances.

“You always do this.”

Again, in a strong team, team members are proactive. When a member seems to be consistently giving an underwhelming performance, they do not see it as a permanent part of their character. Instead, they find ways to work with them and correct them. They look for ways to help the members change their attitude towards the job.

“This isn’t how we used to run things around here.”

A strong team has team members that are open-minded – not dismissive of others’ ideas. They are eager to have new experiences and try new things that are introduced to them by their teammates.

“We’ve always done it this way.”

Cliché as it sounds, the world today is always changing, and a strong team in the workplace will always acknowledge this. They do not stick to old methods when a new and a clearly better way is presented in front of them. And even if the new ways don’t seem to make sense to them, they aren’t shutting out strange ideas straightaway.

“That will never work.”

A strong team is not pessimistic. Pessimism can bring the team’s energy down. They respect each other’s ideas and even encourage everyone to share theirs. They recognize the potential of their team members and give everyone equal chance to contribute.

In a team environment, strong teams know that the work of their team members complements their accomplishments. Credit doesn’t go to a singular person, instead, it is given to the whole team for working well together.

Disagreements cannot be escaped when working with other people. There are going to be differences in opinions and the way things should be done. However, the difference of a strong team lies in the way they handle these disagreements. They don’t throw out the words “you’re wrong” so casually, as they know that it doesn’t help out in the situation. If anything, it just aggravates the tension.